It’s my own personal opinion that the best way to end 2015 (a.k.a. The Year of the Stones) is with a Mick Jagger picspam, taken directly from his delightful Twitter account.

While perusing Mick’s tweets, I’ve noticed that in addition to posting pictures of himself in various cities around the world, he also likes to stand the exact same way in each one: 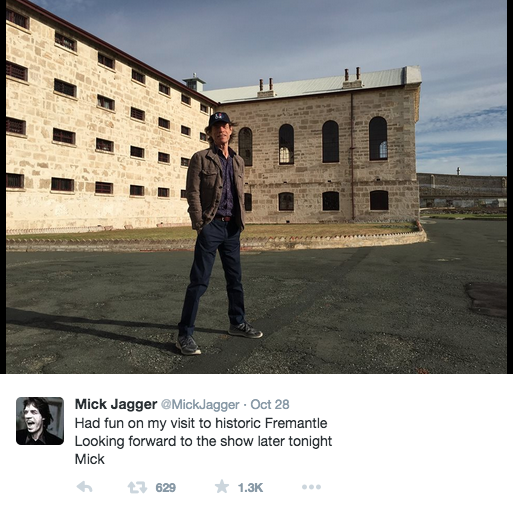 Question: Who’s taking all these pictures? Do you think there’s one lucky assistant whose job is to photograph Mick at every tour stop? Or are the rest of the Stones there too, rolling their eyes as Mick insists on posing in front of each landmark? “Hey guys, where should we go for our walk today?…Let me just get my Reeboks on…Keith, snap a photo of me in this rainforest!”