I made a mix of my favorite artists and their most Halloween-ish songs for your listening pleasure!

For the record, it was really difficult to not just make a list of 10 Tom Waits songs (WHAT’S HE BUILDING IN THERE??), but I had a fun time digging through my iTunes library trying to find relevant songs somewhere in between “Monster Mash” and “Careful With That Axe, Eugene” (I mean, I want to be able to enjoy listening to it myself).

The other person who I figured would dominate this mix is John Entwistle, featured above in his skin-tight skeleton suit. The man is obsessed with the macabre. I mean, just look at each album cover of his solo career: 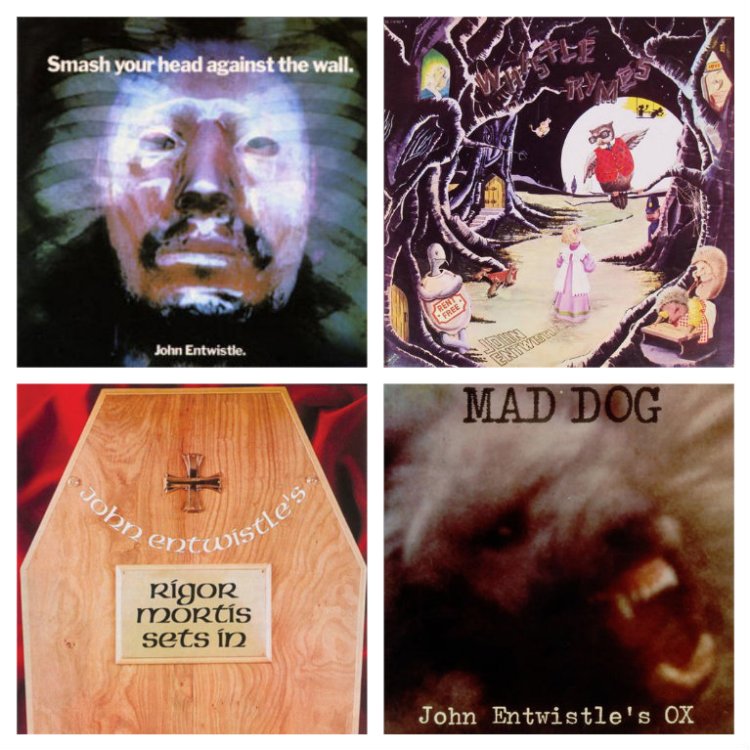 (I left out Too Late the Hero and The Rock because those are actually pretty normal, but let’s not forget that he also did an album called Music from Van-Pires). However, while re-listening to these albums, I realized that John Entwistle has a way of making songs with really dark content in the style of, say, 50’s doo wop (which is essentially all of Rigor Mortis and Mad Dog). Since I wanted this mix to actually sound like it could be in a classic rock haunted house of sorts, I ended up using some of his Who-era songs instead. For the rest of the mix I got kind of lazy and just opted for spacey psychedelic 60s songs.

Anyway, all of this was way more explanation than necessary. Happy Halloween, I guess. Anyone else have any good spooky songs to share?