Skip to content
Who’s got two thumbs and just went to her second Macca concert in San Francisco?
(this girl!)

And I had an amazing time, surrounded by fans of all ages (there was even a baby rocking out next to me) among the sweet smell of…eucalyptus trees…in Golden Gate Park. Correct me if I’m wrong, but I think Paul had the longest set out of anyone at Outside Lands, including two encores and a crazy pyrotechnics display. That’s right, rocking harder than anyone else at 71 years old.

I didn’t take my camera to Outside Lands because I tend to get distracted by taking tons of pictures, so here are some iphone pictures from the show (sadly, none of which have a visible Paul in them): 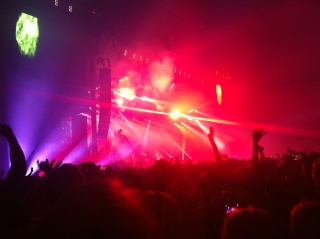 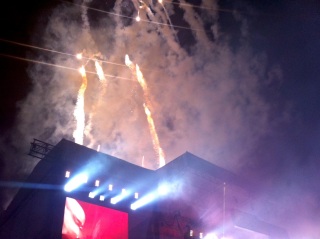 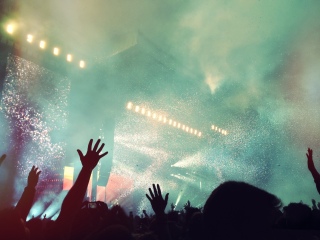 I swear I could see him from where we were!

There’s one thing I must admit. Having been a hardcore Beatlefan for over 10 years (about 3 of which consisted of collecting DVDs, bootlegging, and reading every possible book about them I could get my hands on), I am burdened by an excessive amount of Beatles knowledge that will probably never leave me. So every story that Paul told, every mannerism and every show gimmick, I was already expecting. It’s almost like watching your parent or grandparent – someone who you feel you know really well – and just hoping they don’t do anything too silly or embarrassing. Of course, I shouldn’t have worried about that, because he put on an incredible show, goofy stage banter and all. How can you not love him?

A relevant song from the show:

Some of the highlights for me included:
+Something (intro on ukulele as a tribute to George <3)
+And I Love Her
+Blackbird (“How many people here have learned this song on guitar?”)
+I’ve Just Seen A Face
+and of course, the entire crowd singing Hey Jude at the end of the night

While we’re on the topic, here are some songs I’d like to hear Paul play live someday:
+Coming Up
+Oh! Darling
+Got To Get You Into My Life
+Monkberry Moon Delight (song of the moment. PAUL YOUR VOICE!)

I mean, how does he even choose what to play? He could probably put on a 5-hour show consisting of songs that everyone knows the words to, because they’re that universal (and then proceed to put on another 5-hour show of obscure, lesser-known songs that are just as awesome).
Another favorite part of the night: after the show, while the masses of concert-goers were exiting the festival grounds through a painted tunnel, everyone starting belting out the ending of Hey Jude again, effectively turning what would normally be a panic attack-inducing experience for me into a warm-and-fuzzy singalong of one of my favorite songs.