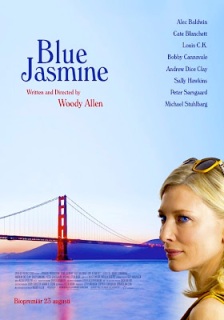 First of all, thank you Woody Allen, for making Blue Jasmine.

Thank you for highlighting the most dysfunctional of human relationships.

Thank you for making me laugh and cringe at the same time.

Thank you for putting some of my favorite people on the screen together.

But most of all,
Thank you for making a film set in San Francisco. No one uses city settings better than you. And the fact that I watched the movie in SF’s 103-year-old Clay Theater made it even sweeter.

Although for the record, I could’ve used more sweeping panoramas of the bay and inside references (Cate Blanchett’s snooty character uttering the address “305 South Van Ness” was enough to make everyone in the theater laugh).

I’m too lazy for any kind of formal review, so have my pluses and minuses and just go see it:

I liked:
+Louis CK. Not just liked, loved him in this. I wish he was in more scenes. I also wish…another thing that I won’t say because of spoilers.
+Long shots. Ok so I didn’t realize this until reading some articles after watching the movie, but I know it’s something that Woody is famous for. There are certain scenes which were shot continuously (versus cutting back and forth between characters), which really add to the flow and in this case, tension of the scene.
+Cate Blanchett is super convincing as a socialite spiraling into madness. There’s one scene where she confronts her cheating husband and starts having a panic attack so legitimate that I felt like I was having a panic attack of my own. Admirable, if not kinda scary.
+The fact that it’s a modern Streetcar Named Desire.
+Dat clarinet.

Disliked:
-I’m sure it was intentional to have so much arguing to heighten the feelings of stress/anxiety, but man, there was so. much. arguing. in this movie. Also, arguments are a hard thing to make seem genuine, and sometimes I have this problem of imagining everything the characters are saying as a script in front of me.  So maybe it’s just me, but I thought the arguments were kind of predictable.
-Everyone having east coast accents, even the so-called west coasters.
-The sentence that starts out with “When we were making love last night…” If anyone actually talks like that in real life, I hope I never meet them.
-The dentist.