“With our love, we could save the world.” 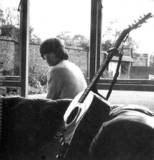 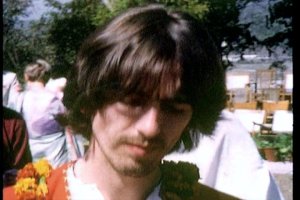 More later, maybe? The recent lack of entries is due to school getting really busy, booo. For now, just listen to one of my favorite George songs:

So today in my Chicano/a music class (yes, I am really taking that, don’t laugh!), we listened to the following song:

Immediately I recognized it (particularly the string theme at 0:15), but couldn’t for the life of me remember why. How would I possibly know this song, a traditional son jarocho from Veracruz? I had it stuck in my head all day and absolutely could not figure it out. THEN, about five minutes ago, I realized what I knew it from…

HAHA. Back in high school, Kenny Day got the great idea of doing a DDR-themed winter drumline show. As a result, he sent me several DDR songs (this one included) to arrange for pit. I don’t think I got very far, but I definitely remember attempting it. I wish I still had the arrangements!

Anyway, I was just really excited I finally remembered what it was from. Also in class, we listened to La Bamba, yay! That song brings back so many memories…namely K-Earth 101 playing in the background of my mom’s consignment shop when I was 5 years old. But I also realized I’ve always listened to the Los Lobos version thinking it was the original. Fail.

Anyway, back to studying. Chicano/a music basically just reminds me of home, and we all know how fun it is having Vista pride, haha. BEEESTUHHHH!

Last night I went to see Shujaat Khan and Abhiman Kaushal (my sitar and tabla teachers) perform at Occidental College. They were also joined by Miles Shrewsbery, one of Abhimanji’s students. It was more amazing than I can describe in words…I am just in love with this music. And I love going to concerts because everyone is so moved by the music, and there is such great audience and performer interaction. Khan-Sahib played a piece in Kirvani, the raag we are currently studying, and at certain times he’d wink at us and play bits of the themes he’s been teaching in class. It’s so cool to know that what we are learning is being performed by a master in concert. He ended with a piece in Pahaadi, which was beautiful. You can see a video of my two teachers playing Pahaadi below.

I remember the first time I went to an Indian concert; it was to see Nishat Khan at Royce Hall my freshman year at UCLA. Back then I didn’t know anything about sitar besides what I’d heard in Beatles songs, but my friend Sonali was nice enough to take me and explain some of the basics of raag and tal so I wasn’t completely lost. I remember thinking it was really weird how the musicians kept shaking their heads as if something was wrong during the performance, and Sonali had to tell me that that’s how they get into the music. At the time I thought it was really weird, but now I’m one of those people in the audience shaking their head and keeping tal…I don’t even do it consciously, it’s just like second nature. I guess I’ve been to a lot of Indian music concerts since then, haha.