Thanks to the neverending supply of entertainment provided by YouTube, I ended up watching lots of George Harrison tonight, and forgot just how funny some of his solo stuff was. In addition to making some hilarious music videos, he also made appearances on SNL and various Monty Python programs, including this one:

I’m not sure if there is anything better than George Harrison playing a one-legged pirate. But some of the aforementioned hilarious music videos come close:
Crackerbox Palace – This has always been one of my favorites. SO random.
This Song – This song (hah) was written after George was sued for unintentionally copying the Chiffons’ “He’s So Fine”. Whatev…at least a funny song came out of it.
When We Was Fab – Love the Beatles references in this one (also includes Ringo and Jeff Lynne), but it’s borderline creepy. Too many arms!
Got My Mind Set On You – Really unexpected part in the middle = WIN. Also, this song is insanely catchy. Supplementary picture thanks to GraphJam:

Yes there’s no doubt about it, George was by far the coolest Beatle.

What do all these people have in common? 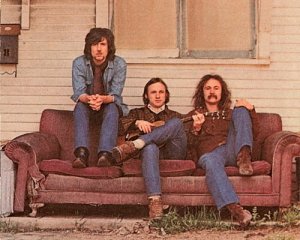 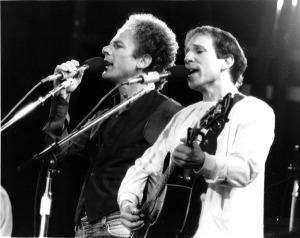 ANSWER: They’re all playing at the Rock & Roll Hall of Fame 25th Anniversary Concert on October 29th, in Madison Square Garden. And why is this important? BECAUSE I’LL BE THERE. It’s official: Lauren and I bought our tickets at 6 AM this morning…we’re going to see Crosby, Stills, & Nash, Stevie Wonder, Bruce Springsteen, Paul Simon, and Simon & Garfunkel, plus many “special guests”??? It’s going to be EPIC. Ahhhh I can’t wait; only 93 days left!!!

Tonight I had the pleasure of going to the Silent Movie Theater in Hollywood with my friend Jon. It’s this awesome little place on Fairfax: one theater, totally old-fashioned, great food, live music, and silent movies, what could be better? We saw Show People, a 1928 Marion Davies film about the charms and vices of Hollywood in the early days, kind of like a light-hearted version of Sunset Boulevard. There were cameos by Douglas Fairbanks, John Gilbert, King Vidor (the director of the film), and of course my favorite:

I loved that part, except for the super-long title card, haha. I guess that’s part of what made the experience too; all the glitches and imperfections of seeing an 80-year old movie on film. I also have to give major props to the pianist, who had no score but instead watched the movie intently the entire time while matching the scenes perfectly with music. Ahhh, I love watching old movies on the big screen, and I’m so glad there are plenty of places around here that still show them.

ALSO, I have super exciting news to share but I guess I’ll hold off until further plans have been made. BUT I AM SO EXCITED. 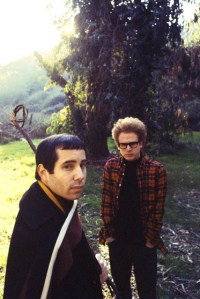 Alright, I’m not afraid to admit it: my new obsession is Simon & Garfunkel (emphasis on the Simon). I spent much of last weekend watching The Concert in Central Park, rewinding and replaying, trying to figure out all the songs on guitar (if there’s one thing I’ve learned, it’s that Paul Simon is alllll about the capo…he seriously uses a different one on almost every song). Anyway, it only made me love them even more, haha.
Note: In this photo, doesn’t Art Garfunkel look like he stepped out of an Urban Outfitters catalogue?? Wearing plaid before plaid was cool. :P Paul, on the other hand, just looks like some kind of sorcerer…
Oddly enough, I think I liked Simon & Garfunkel before I liked the Beatles and everything else 60s. Or at least, I have fond middle school memories of me and my friends having singalongs, wondering just what it was Mrs. Robinson was hiding in the pantry (and who keeps cupcakes there anyway??). 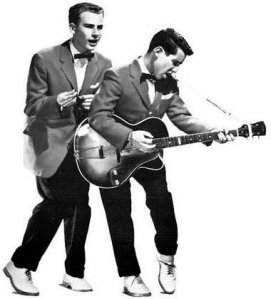 – The 2-part harmonies in their songs are UNREAL

– Art Garfunkel has kept a list of every single book he’s read since 1968. He has also crossed the entire United States by foot.

– All the New York imagery in their songs

– Paul Simon’s SNL appearances (most famously the turkey skit, but personally I am a big fan of this one)

– Everything about the Concert in Central Park

– The fact that Art Garfunkel was in a movie with Jack Nicholson. And the fact that it was called Carnal Knowledge.

– Graceland and Rhythm of the Saints – an ethnomusicologist’s dream!!

– They had their falling outs but they’re really BFFs at heart: 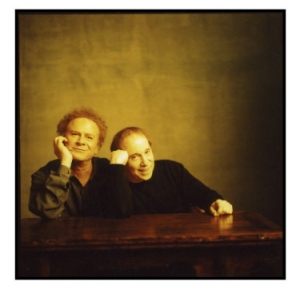 Haha so in case you haven’t figured it out, I don’t just fall in love with music, I fall in love with the people who make it. That’s basically the whole reason behind this blog, so don’t be surprised when I’m posting fangirly swoonings instead of reviews and musical analyses. I’ll save that stuff for school, thank you very much. Be prepared for more S&G posts in the near future…!

Remember the windmill video I did a while back? For the Who Windmill Contest? Well the nerdiness paid off and I won 2nd place!! The best part is, second place gets ROCK BAND 2! I also won the new Maximum R&B Live DVD and a Who shirt!! Ahhhhhhhh I’m so happy, and all thanks to this guy: 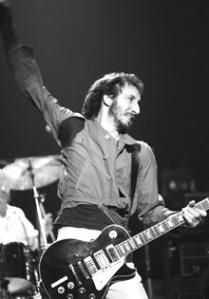 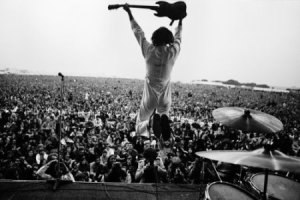 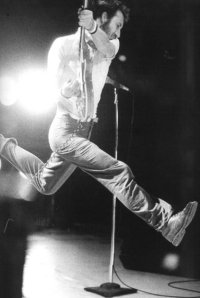 I wonder if Pete will see my video, ahahaha. How embarrassingly awesome!!

This is silly, but I have to admit, I lol’d.

Last weekend on the drive home, Katie asked how old Paul Simon was, and I guessed something along the lines of “sixty-five, because that’s about how old most of my favorite people are.” (He’s actually 67, in case you wanted to know.) Katie then laughed and told me I was born in the wrong generation, something I have known for a loooong time.

By the way, one of the CDs I got to listen to at work was Steve Martin’s new album called The Crow. He sure can play a mean banjo, that guy. And if you don’t like banjo, the CD is worth buying for the liner notes alone.

Wishing you all peace and love on Ringo Starr’s birthday!

In my search for relevant Ringo/Beatles videos, I came across several that I had never seen before (trust me, it’s a rare occurrence). The first is a music video that features a lot of band…double win! Silly Ringo, I’m glad he never took himself too seriously:

And the next one includes all four Beatles, in some kind of outtake from the First US Visit DVD (I only have it on VHS, apparently I’m missing out!). It’s exactly what the title says – they’re so fascinated by the recording equipment! Especially John, haha. “It’s gear!”

The First US Visit film is great. I highly recommend it, if you’re at least somewhat interested in the Beatles. No acting or scripted lines, just the Fab Four having fun in New York. The whole film is basically them messing around in hotel rooms and trains and dance clubs, with some TV performances in between. How can you not love them after watching those videos??!

We listened to a lot of Simon and Garfunkel on the way back from San Francisco, and as a result I’ve had S&G tunes floating around in my head all day and have been attempting to learn The Boxer on guitar. Lauren and I were discussing our favorite Simon and Garfunkel songs and the first one that came to mind was The 59th Street Bridge Song (Feelin’ Groovy). It makes me so happy…

Got no deeds to do
No promises to keep
I’m dappled and drowsy and ready to sleep
Let the morningtime drop all its petals on me…
Life, I love you,
All is groovy

However, I’ve since listened to my collection a couple times and have realized there are several more that I absolutely love, like The Only Living Boy in New York and Homeward Bound, plus Paul Simon’s solo songs Late in the Evening and Still Crazy After All These Years, and Art Garfunkel’s cover of Bright Eyes. THEY ARE JUST AMAZING.

A couple videos to prove my point:

Now isn’t this just precious, in their turtlenecks and everything! :D I think Paul Simon is even wearing some love beads:

A couple notes on the following video:
1) Cute intro. Artie!
2) Speaking of which, Artie does not appear happy at all to be there.
3) I love that Paul Simon standing is as tall as Art Garfunkel sitting.
4) Why must it cut out before the last word???

Also, compare that audience with this one:

Man now I want to go to New York even more.