So every day there is this “writer’s block” thing on LiveJournal (why do I go on LJ you ask? Because I’m finding other ways to waste time rather than YouTube, ha), and a while ago, the prompt was: You’re packing your bag for that magical desert island that happens to have electricity, a TV, and a DVD player—what five DVDs do you take with you? Despite that being a pretty lame prompt to begin with, I still took the time to answer it. :P Here’s what I came up with:

*Easy Rider – I’d want a 60s movie, a roadtrip movie, and a Jack Nicholson movie, so this kills three birds with one stone.

*Singin in the Rain – I’d also want to include a musical; this one is definitely a favorite. :)

*City Lights – Gotta have at least one silent film, and City Lights is about as classic as it gets. 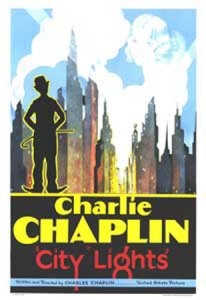 *Mr. Holland’s Opus – This has been a favorite of mine since I was like 10. Includes drama, humor, the 60s, and band…how could I not love it? 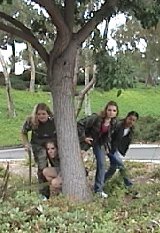 Yesterday, Olivia and I watched Sabrina. Good movie, with an awesome cast. Which raises the question, if you were Audrey Hepburn, who would you choose: William Holden or Humphrey Bogart? I would love to say Bogie, but then again, Bill’s womanizing character is a lot like a guy I know (and have liked), so that’d probably be a lie.

Watch the movie to see who she ends up with. :)